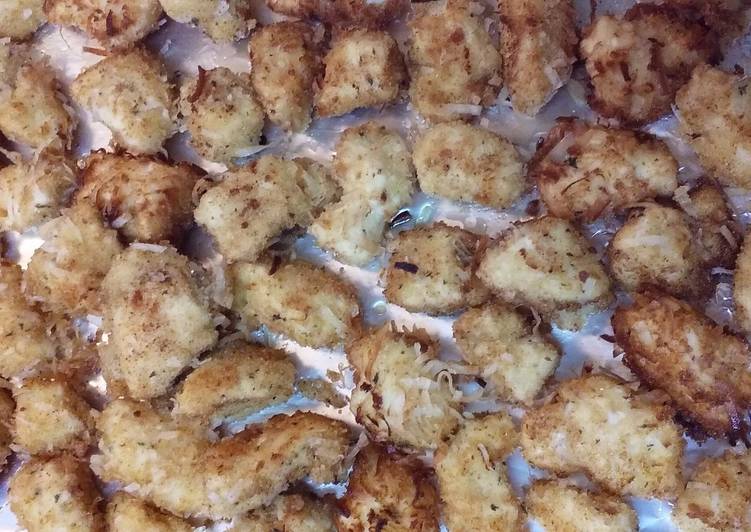 My hubby and son love cutlets. Often I make a traditional pork cutlet for them but since I like to eat low carb or Paleo I made these Paleo Coconut Crusted Chicken cutlets for me. This coconut crusted chicken recipe is perfect if you want some delicious crunchy, strips of chicken. You can have Coconut Crusted Chicken using 7 ingredients and 8 steps. Here is how you achieve that.

They're pretty straightforward and only require three very simple ingredients. By the time you're finished cooking, you should have some succulent pieces of chicken with a crispy coconut outside. In another shallow bowl, beat egg with splash of water. In third shallow bowl, mix bread crumbs and coconut.

Coat each chicken strip in the coconut flour, then dunk in the egg and coconut milk mixture and finally coat in the shredded coconut. It adds a bit of sweetness to the final chicken tenders which makes them that much more delicious. The other big thing that changes this dish is how the coconut is prepared. Instead of keeping the coconut as is, I quickly pulse the coconut. Put the chicken in a large bowl with the lime zest and juice, curry powder, chilli powder, if using, and seasoning.